The oil on board landscape painting by Group of Seven artist Alfred Joseph Casson sailed past its $30,000-$40,000 estimate to finish at $59,000. The work, titled Outside Algonquin Park, depicted a bucolic scene near the village of Whitney and was executed in 1940, at the height of the artist’s great career. Casson focused much of his work on rural villages and towns in Canada.

The oil on board country scape by Group of Seven founding member Alexander Young Jackson was similar in style to the Casson work, except there were no buildings in the Jackson painting, as there were in Casson’s. The piece topped its $30,000 high estimate, selling for $38,350. It was signed lower left, titled and dated, “Oat Field Harrington, Quebec, Sept. 1966, A.Y. Jackson.”

The auction had two headliners: the Don and Joyce Blyth firearms collection, and the decoy and fishing collections of Marty Osler. Marty’s fishing collection included a select offering of fine reels and rods, many by Hardy Brothers of England. The decoy collection was mostly Canadian and included many fine examples by Carl O. Rankin, Frank Dolsen, Billy Ellis and Ken Anger.

The Blyth collection featured Ontario firearms, including many unique examples, as well as highly collectible firearms by Colt, Remington, Stevens and others. Also included was artwork by the abovenamed Canadian artists and others. The sale was complemented by a select offering of wonderful Canadian and American furniture and fine and decorative art.

“From firearms to fine art, this diverse sale drew out collectors of all stripes – and they didn’t forget their wallets,” said Ethan Miller of Miller & Miller Auctions, Ltd. “Firearms that Don Blyth paid 50 cents, two dollars and five dollars for in the 1950s were bringing five figure sums. The winners were grateful. Days before this death, Don shuttered at the thought of his objects being relegated to the darkness of a museum’s archives. ‘Let the people enjoy them,’ he told us.”

Following are additional highlights from the auction, which attracted 546 bidders who placed 9,540 bids in a sale that grossed $803,993. One hundred percent of the lots sold, and one-third of the lots exceeded the high estimate. All prices quoted include an 18 percent buyer’s premium.

A large watercolor and ink folk art fraktur-type painting by Anna Weber (Canadian, 1814-1888), signed in fraktur writing and dated 1870, the design, executed in blues, red, yellow and brown, consisting of eleven pairs of birds, each pair a different type, changed hands for $27,140. Also, a taxidermied male passenger pigeon, cased in glass and secured to a wood branch perch, went for $10,620. Passenger pigeons went extinct in 1914. The example in the sale was from circa 1900.

There were two paintings by Joseph Swift (Canadian, 1832-1889) in the auction, both of them equestrian-themed and both with estimates of $12,000-$15,000. One was of a horse named Manfred, which trotted away for $16,250. The other was of the horse Royal Exchange ($15,340). Smith spent much of his artistic time filling a growing need for recording prize-winning animals that were often shown at the Toronto Exhibition in Canada for proud owners in the late 1800s.

Homer Ransford Watson (Canadian, 1855-1936) was also represented twice in the sale, once with a monumental (34 inches by 44 inches) unframed oil on board, of a pioneer (or farmer) traveling along a trail by horse-drawn carriage, titled The Hayrack ($12,980); the other a lovely 14 inch by 22 inch outdoor scene of a boy closing the gate on his flock of sheep, artist signed ($11,800). Watson’s paintings captured the industrious endeavors of pioneers and farmers.

A Duffner & Kimberly table lamp, made in America in the 1920s and featuring a Nasturtiums floral pattern mosaic 20-inch diameter glass shade on a solid bronze base in the thistle pattern, with cutout heat cap and bronze finial, fetched $23,600. Also, an exceptional musical bracket clock by William Vale London (Finsbury), made in England between 1804 and 1824, having a bracket movement rear plate with filigree, 12 bells and four musical selections, made $14,160.

Firearms were a huge hit with bidders, led by a rare Colt model 1851 Navy pistol, made in America but issued to the Canadian Upper Canada (Ontario) Volunteer Militia in 1855, one of 800 model 1851 navies purchased by Canada that year ($28,320); and a B. Mills (Hamilton, Upper Canada) side-by-side double-shot rifle, made prior to 1842 and one of only two known to Don Blyth, the collector ($16,520). A few other firearms that did well included the following:

Miller & Miller Auctions, Ltd. has two more online-only auctions lined up for the balance of 2021: a Watches & Jewels auction on Saturday, November 20th; and a Petroliana, Breweriana & Advertising auction on Saturday, December 4th. Like those before it, both will be Internet-only.

About Miller & Miller Auctions, Ltd.:
Miller & Miller Auctions, Ltd. is Canada’s trusted seller of high-value collections and is always accepting quality consignments. The firm specializes in watches and jewelry, art, antiques and high-value collectibles. Its mission is to provide collectors with a trusted place to buy and sell. To consign a single piece, an estate or a collection, you may call them at (519) 573-3710; or, you can e-mail them at info@millerandmillerauctions.com. To learn more, visit www.millerandmillerauctions.com. Updates posted often. 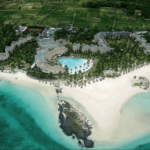 August 16, 2022
The best adventures on the water around the UK 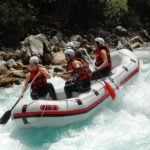 The best adventures on the water around the UK 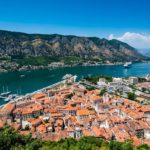 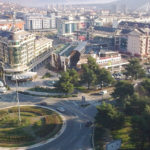 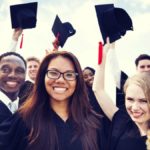